The nonprofit ATS Policy Board purpose is to manage and amend the policies for sustainment of the Alaska Tribal Network (ATN). The Policy Board defines the roles and flow of revenue between all parties on the ATN and ensures that quality standards of service are followed by providers on the network to maximize the benefit to all ATS members. The Policy Board directs  the Operations Board to enact these policies. 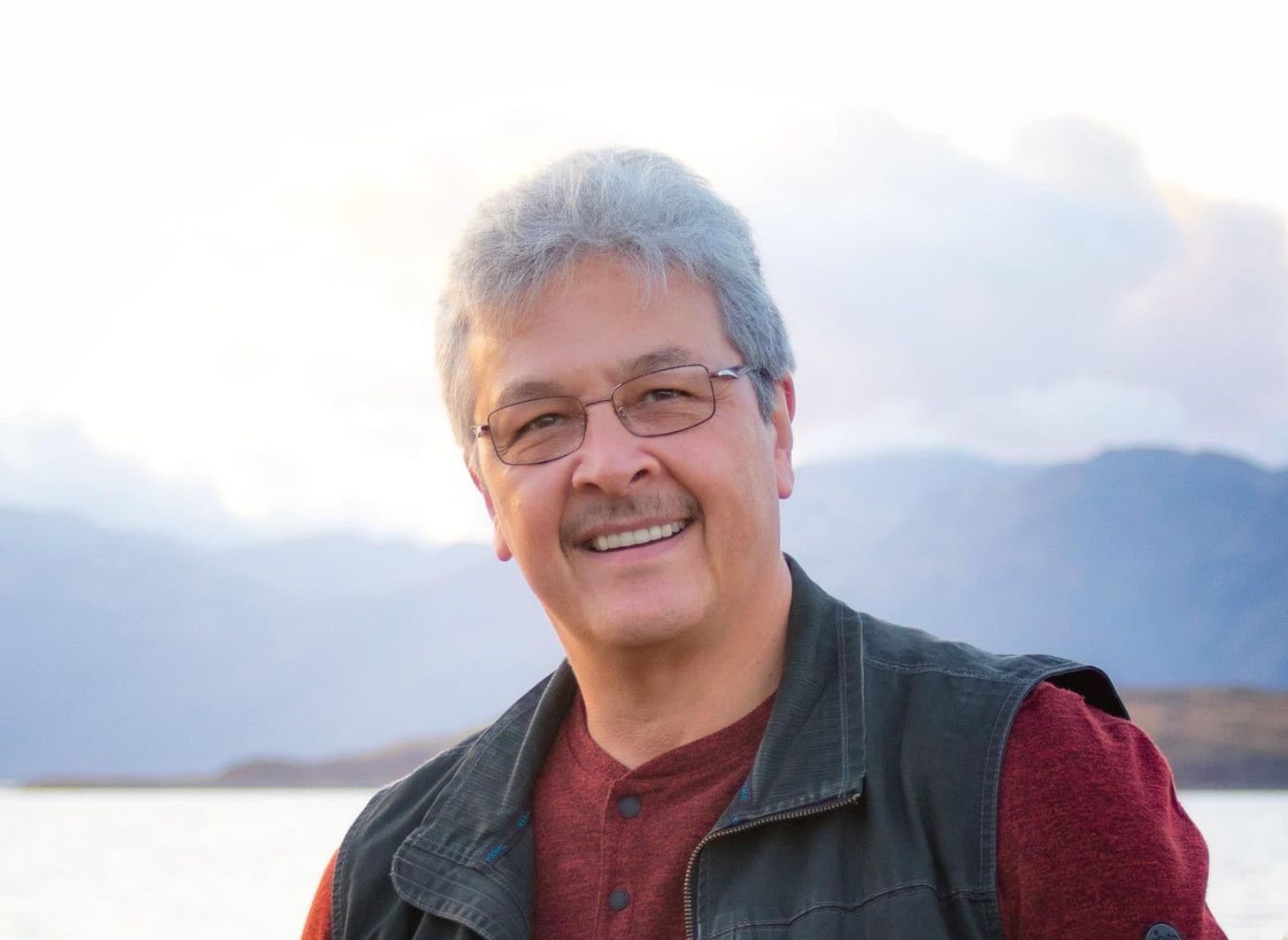 Mr. Robinson has volunteered his time as the Vice President of the Hearts and Hands Project since 2009 and a Trustee on the Ounalashka Settlement Trust from 2017-present.

He served as the Chairman of the Interim Tribal Council, which wrote the constitution that gained the Qawalangin Tribe of Unalaska Federal Recognition as a Tribe and reactivated the Tribe after years of inactivity.

Mr. Robinson recently retired from The International Longshore and Warehouse Union as an Equipment Mechanic for the past 15 years.

Mr. Robinson has been an independent business owner, having worked in the fishing and shipping industries, Oil Support services and have served to support our local non-profits with his time and money as well as serving on, and supporting non-profit boards and committees. He lives with his wife Lynda, and two boys, Liam, and Tristan, and has five grown daughters, Chelsea, Vanessa, Mariah, Kyesa and Ashley and one grandson Teddy. 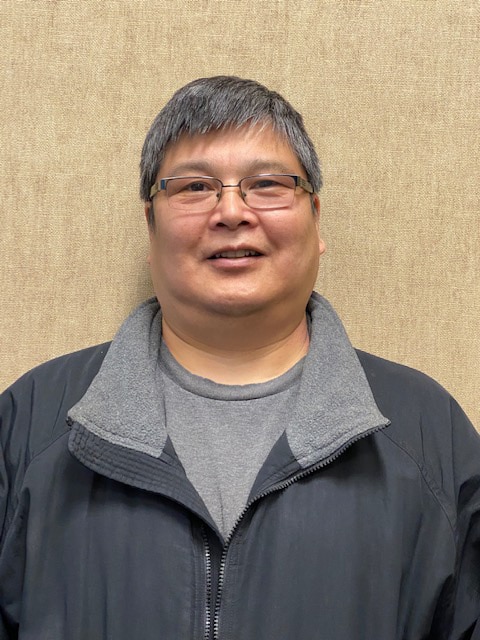 Gerald Kosbruk has lived in Perryville for most of his life and has experienced firsthand the challenges of living in an isolated community without adequate or affordable broadband and how it limits opportunities. Perryville, like so many communities in Bristol Bay share a common legacy of living without broadband. Mr. Kosbruk brings an important voice to the ATS Policy Board – a voice that is determined to apply his considerable knowledge, and experience to lead his community in securing a broadband future and working to help the greater Bristol Bay Community to connect with loved ones, create opportunities to enable remote learning, telemedicine, and improve public safety.

Mr. Kosbruk works for the Lake and Peninsula School district in facilities management and currently serves as the Native Village of Perryville Council Chair, the Oceanside Corporation Treasurer, and the Bristol Bay housing Authority Commissioner. 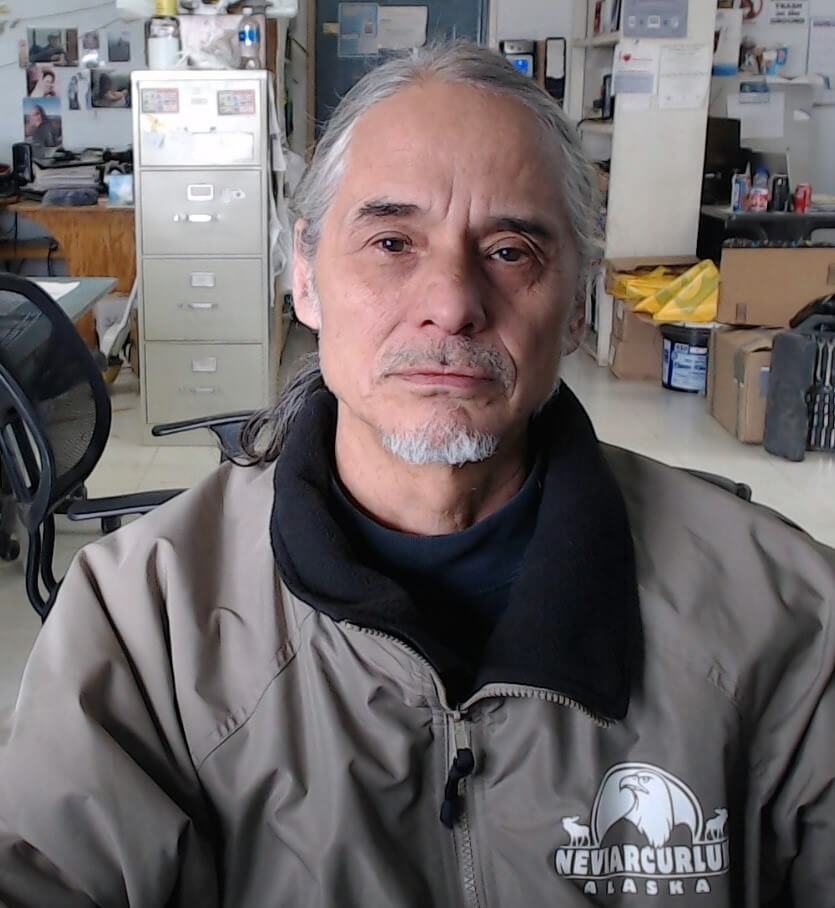 Robert Keith was born in Kotzebue and was raised and went to school in Fairbanks. He is married and has 5 children and double-digit grandchildren.

Since 1993, Mr. Keith has served as the President for the Elim IRA Council.

He served as a Board Member and President of Elim Native Corporation from 1989 – 1991. He served as the Chairman for the Kawerak, Incorporated Board of Directors from 1996 – 2016 and currently serves as the vice chair.

Since 1996 he has been a Member of the Norton Sound Health Corporation Board of Directors. He currently serves on the Bering Straits Development Council (ARDOR) and is a past board member of Tumet llc (a Tribal/Kawerak owned road construction company).

On a statewide level, Mr. Keith was the Commissioner and Co-Chair, Governor’s Commission on Rural Government and Empowerment from 1998- 2000.

On a national level, since 1996, Mr. Keith has served as a Member of the National Tribal Self-Governance Policy Council.

Mr. Keith is acutely aware of the lack of broadband in the Bering Strait region noting that while he has attended many Zoom/WebEx meetings since the Covid-19 pandemic, that a number of communities can’t attend via zoom because of very poor internet. Not to mention those that can, have to pay prettily for poor service. He is looking to make positive change for better and more affordable internet service for all ATS member communities. Ms. Jackson is a member of the Central Council of the Tlingit and Haida Indians of Alaska Federally-Recognized Tribe. She was born in Ketchikan and raised in Hydaburg and Ketchikan where she attended public school. She currently resides in Seattle, WA.

Operation Board of Directors

The nonprofit ATS Operations Board purpose is to oversee the day to day operations and to enact the policies promulgated by the ATS Policy Board. 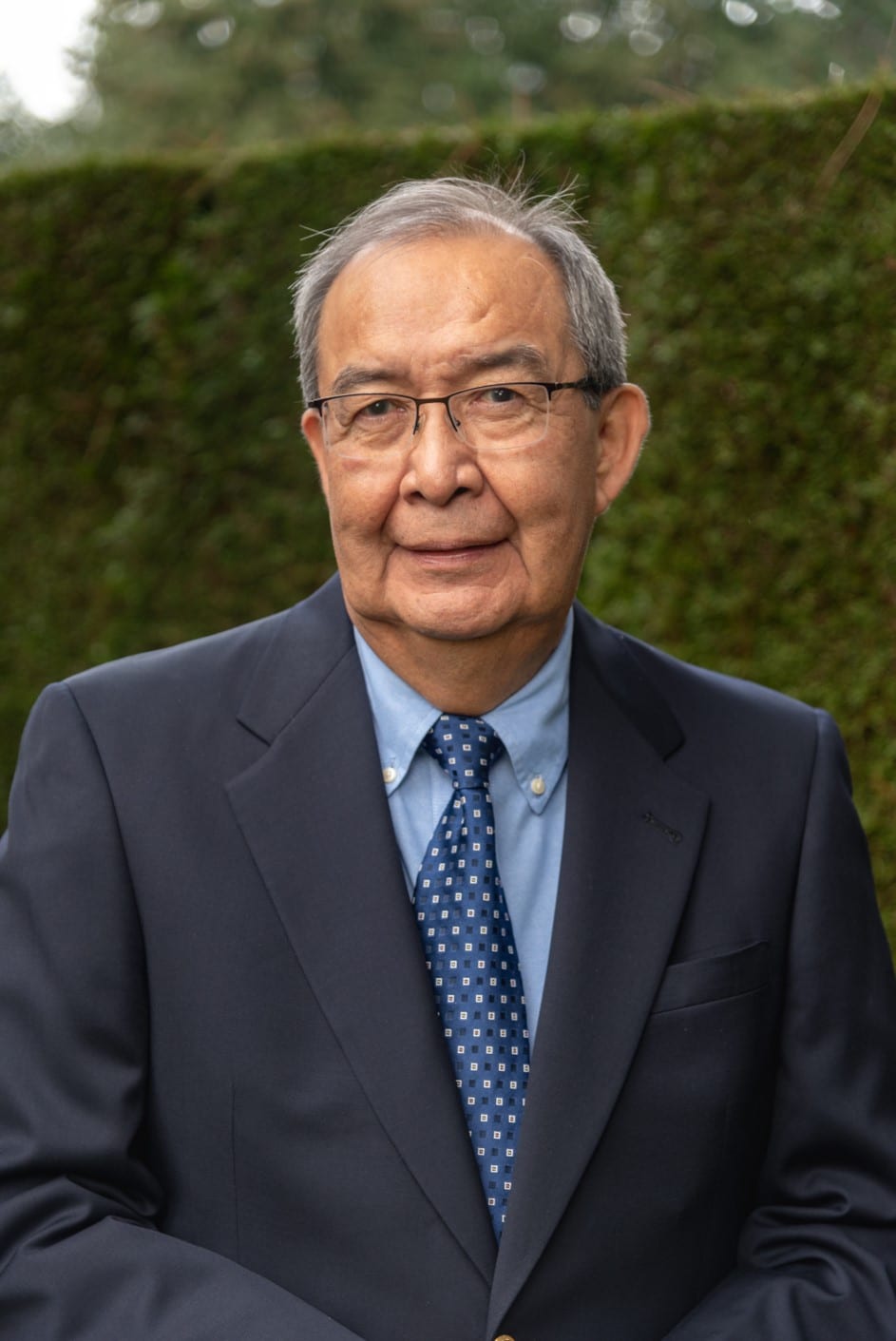 Gordon Jackson was born in Kake, Alaska to Charlie and Emily Jackson. He has been married to Pat Jackson for almost 50 years. They have two sons Scotty and Brian, and have three grandchildren Dylan, Rhys, and Sawyer.

Mr. Jackson earned an Associates of Art from Sheldon Jackson College, a Bachelor of Arts in Education from the University of Alaska Fairbanks, as well as a Master’s Degree in Rural Development from UAF.

Gordon Jackson grew up in Kake. Early in his professional career, he became Director of the Southeast Alaska Community Action Program and of the Rural Development for the Alaska Department of Community and Regional Affairs in Juneau.

From the mid to late 1970s, Mr. Jackson worked in Anchorage with the Alaska Native Federation in various leadership roles to implement the many programs and initiatives made possible by the Alaska Native Claims Settlement Act, which became law 50 years ago on December 18, 1971, including lobbying for the passage of the Indian Health Care Improvement Act and the Indian Self-Determination Act.

He was instrumental in changing the Johnson O’Malley Program, which was a contract to the AFN, returning it to the original purpose by funding supplemental and enrichment programs for Alaska Natives. As the Vice President of Alaska Federation of Natives, Gordon worked hard to change the education delivery system in rural Alaska. His success ended the BIA Boarding and State Operated Schools through legislation that created rural high schools with school boards.

In the 1980s, Mr. Jackson returned to Juneau to advocate for the advancement of Tlingit culture as Vice President of Corporate Development for Sealaska Heritage Foundation, and then as the Native Studies Director at Juneau-Douglas High School. In the 1990s, he was elected President and CEO of the Kake Tribal Corporation, demonstrating seasoned leadership in the local development of seafood processing, tourism, and environmental clean up industries. In the 21st century, Mr. Jackson has been the manager or director of various projects for the Central Council of Tlingit and Haida Tribes of Alaska and the University of Alaska Southeast.

Mr. Jackson has served on many boards and commissions in Alaska spans decades. He served on the Emergency Rent Review Board during the construction of the Trans-Alaska Pipeline. He has served on the boards of directors for numerous organizations including the Alaska Federation of Natives, the Rural Alaska Community Action Program (RurAL CAP), Fred Meyer Savings and Loan, the Alaska Seafood Marketing Institute, and the Alaska Blood Bank. He was a member of the Alaska Bicentennial Commission, the Commission on Postsecondary Education, and the Juneau Planning Commission. He also served on the Executive Committee for Central Council Tlingit Haida Indian Tribes of Alaska.

Mr Jackson served on the Kake Tribal board for 25 years. In 1990, Gordon was elected as their President, Chairman, and Chief Executive Officer, serving for ten years. He diversified the corporation from logging to fisheries, tourism, value added fish products, and created the Kake Tribal Heritage Foundation. The company was profitable for all of the ten years he was there giving dividends and providing jobs to anyone who needed one.

In April 2021 Mr. Jackson was recognized by the University of Alaska Southeast (UAS) for a Meritorious Service Award, for his contributions to rural education, health services, and economic development for Alaska Natives, particularly in his home region of Southeast Alaska. 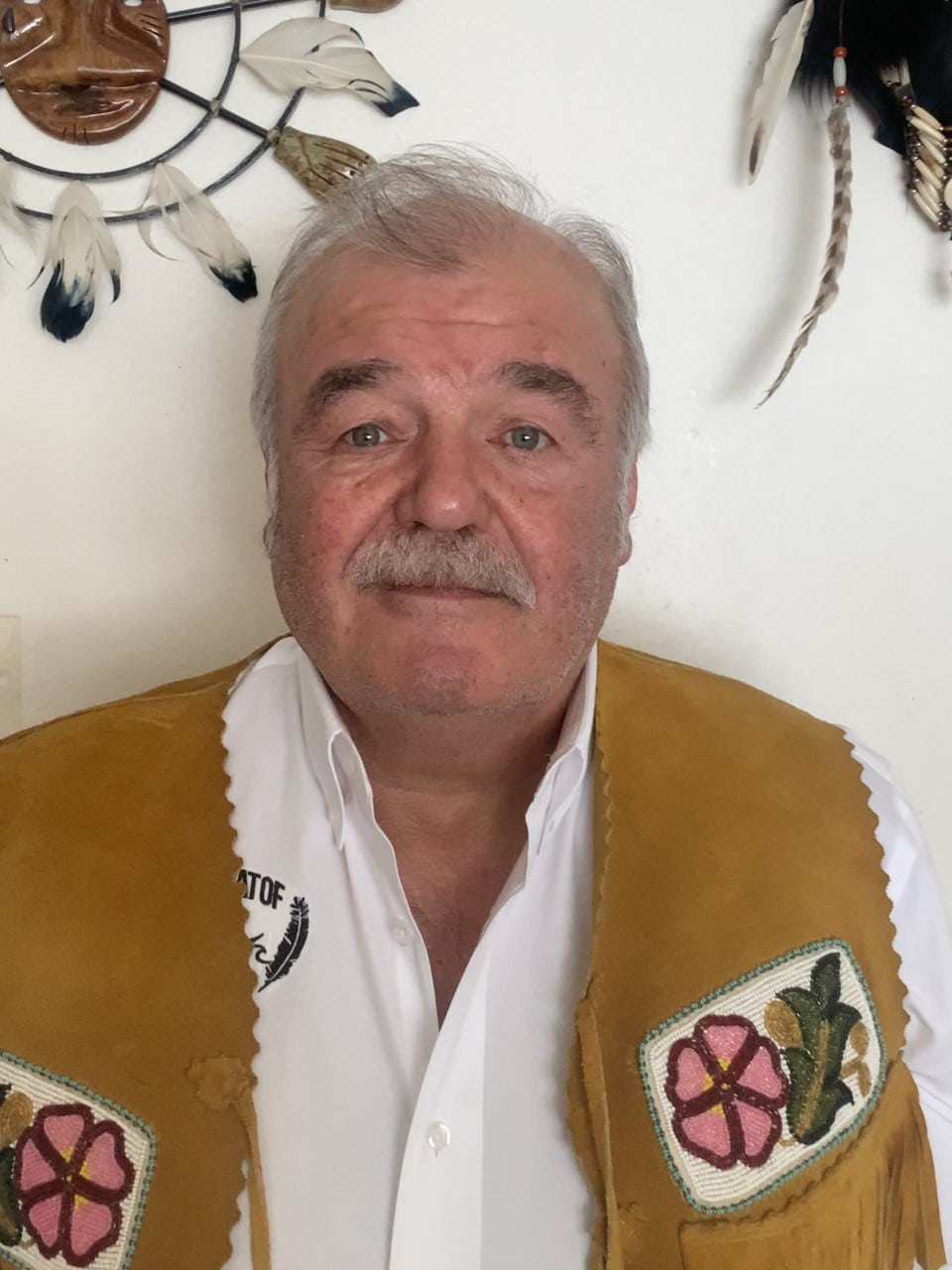 George C. Wright serves as a board member for the ATS operations board. He also serves as the ATS Vice President and Secretary.

George Wright, was born in Alaska on March 30, 1956 as the son of Donald Wright and Carol (Adams) Wright. Donald Wright was in road construction and an instrumental player in the Alaskan Native Claims Settlement Act.

Mr. Wright attended Kenai High School and graduated from Alaska International Academy and then graduated from Trinidad State Junior College in Colorado with an AA in Criminal Justice. After graduating from Santa Fe, New Mexico Police Academy, Mr. Wright came back to Alaska and became an investigator for the Bethel Police Department from 1980 to 1985. From 1986 to 1989 he worked construction as well as security in the Exxon Valdez oil spill and started his own construction company called Kula Rentals. In 1989 he traveled to Juneau, Alaska to become a corrections officer at the Lemon Creek Correctional Center. While in corrections he got involved in the Alaskan Native Brotherhood Camp #2 and helped established the Alaskan Native Culture Club in the Department of Corrections at Lemon Creek.

In 1993 while still working for Department of Corrections Mr. Wright began employment with the Alaskan Native Brotherhood Camp #2 where he co-chaired on the committee of Legislative Affairs until 2006 with Bob Loescher. During this time, he was instrumental in bringing Alaskan prisoners’ home from Arizona.

Mr Wright became a fulltime employee with ANB Camp #2 as their General Manager in 1996 and worked for numerous non-profit organizations based around Alaskan Native values, education and sports. He successfully obtained a $2 million dollar grant from the Department of Justice for a re-entry program for Alaska prisoners in Hoonah, Alaska. He also founded a company called Coral Wireless which was a remote-site broadband internet company from 2001-2008.

In 2007, Mr Wright left ANB Camp #2 and relocated his family to Kenai, Alaska and began a career with the North Slope in security. In 2016 he started work as the Conservation Enforcement Officer for Salamatof Native Association, where he is still employed. In 2014 he obtained a seat on the Maserculiq Inc. Board of Directors, where he still serves as a board member. Mr Wright also is the owner of Ginger’s Restaurant in Soldotna, Alaska.

Jim Berlin serves as a board member and General Manager for ATS. Mr. Berlin has served on several Alaska Native Owned (8a) boards and has served as President for several ANC (8a)s including subsidiaries of Kake Tribal, Kootznoowoo, and Klukwan. These companies were focused on infrastructure, engineering, and IT services for the government. Mr. Berlin has a BS in both Biology and Chemical Engineering.

Mr. Berlin was the founder of Laserlink that pioneered the Virtual ISP Service model in the late 1990s to create white label internet access for many large organizations. He also authored the “Internet Qwik Connect” software access suite and the “Internet Boot Camp” video that was used by tens of thousands of ISP customers in the early days of the internet to connect and jump start their subscribers.

Mr. Berlin has been a program manager for many government related grant and commercial programs and written dozens of grant applications and a host of technical whitepapers representing innovative ideas and programs. He also has sold and managed IT services and programs for large service integration companies.

Having worked in Alaska for over 20 years, Mr. Berlin is acutely aware of the challenges that rural Tribal areas face due to a lack of broadband. Mr. Berlin was approached by several Tribal business associates to work with the Denali Commission in the summer of 2020 to bring his expertise to bear to help as many Tribes as possible to capture the 2.5 GHz radio spectrum offered by the FCC. With critical outreach support from many Tribal organizations the ATS consortium now manages spectrum over 100 Tribal areas in Alaska. Mr. Berlin is now working with several Alaska based partners and Tribal organizations to create the ATS led Alaska Tribal Network (ATN) that will deliver statewide broadband everywhere in Alaska.