The Need for Broadband in Alaska

Living without broadband during a pandemic is especially challenging in rural Alaska. While areas with affordable broadband allow people to comfortably work from home or attend classes online, this is not the case in many rural communities.

Alaska’s internet infrastructure is currently inadequate to deliver reliable, fast, and affordable service to underserved homes. Broadband is generally only available to anchor institutions that receive highly subsidized service. When students cannot physically attend school, and they can’t afford high priced service at home, they cannot receive an education. Physical isolation translates to total social isolation. Telemedicine is also a tremendous challenge and generally not available. Many rural communities do not have local doctors or specialists, so no internet means households also lack critical healthcare access. Working from home is almost impossible.

Making statewide broadband available everywhere in rural Alaska NOW so unserved populations can be educated, healthy, employed, and connected to friends and family is critical. COVID has made it crystal clear that broadband is as essential as water, heat, and electricity.

The internet is essentially a collection of networks that transport information to and from devices. Broadband denotes fast data transfer—so you can stream data and get responses in a matter of seconds. The current minimum speeds to provide adequate broadband like this are 25 Mbps download and 3 Mbps upload. Higher speeds are even better. The larger the connection is between two points, the faster it goes. In the major cities in Alaska and the lower 48 states, speeds are fast because the transfer is via fiber the whole way. But once your signal drops off of fiber onto something else, things tend to slow down. Unfortunately, depending on where you live, the connections you use after leaving the fiber of the big cities make things slower. It also becomes expensive depending on how rural the area is where you live.

Internet Service Providers (ISPs) buy data capability over fiber, are charged for the amount they pass, and how fast they need it to go. They use this pricing combined with their middle and local network costs to create packages for sale to you. You pay an ISP to get data from your computer or phone, deliver it to another destination on the internet, and then back to you. Prices go up and speeds go down the further you are from the fiber backbone.

Transport of information over the internet can move data from your device (i.e., computer or phone) to a destination (another computer somewhere) and back. As mentioned, data can ride very quickly on the “fiber backbone” between major distribution points. It is like an interstate highway. It can handle a lot of traffic at the same time. Once it leaves the fiber superhighway, it moves onto the middle mile, and finally the last mile to you.

When describing how data is transported once it leaves the big fiber backbone, the terms “middle mile” and “last mile” are often misunderstood. The following is a summary of the basic concepts.

As information from the fiber backbone superhighway gets closer to you, and leaves fiber, it is then passed to a system of more localized networks (smaller highways). This is referred to as the middle mile. It can be fiber (ideally) or microwave, or satellite.

In large Alaskan cities, there are good connections because fiber is available with a direct wired connection to other major locations. There are roads, where fiber can more easily be laid along to connect to other nearby areas. Fiber availability drops off the further away you are from large population centers where there are no roads.

The map below is from the 2019 State of Alaska “Blueprint for Alaska’s Broadband Future“. As you can see, there are huge areas that have no connection to fiber (green) or the TerraNet microwave (blue) which understandably struggles with capacity issues because there is not enough fiber connections to keep it full for those who are down the line. As more fiber becomes available, this will improve. Even so, this leaves wide gaps in middle mile connectivity.

In between the large cities and rural areas there is a mixed bag depending on how close you are to a fiber connection. The middle mile can also be extended by using microwave to other communities. 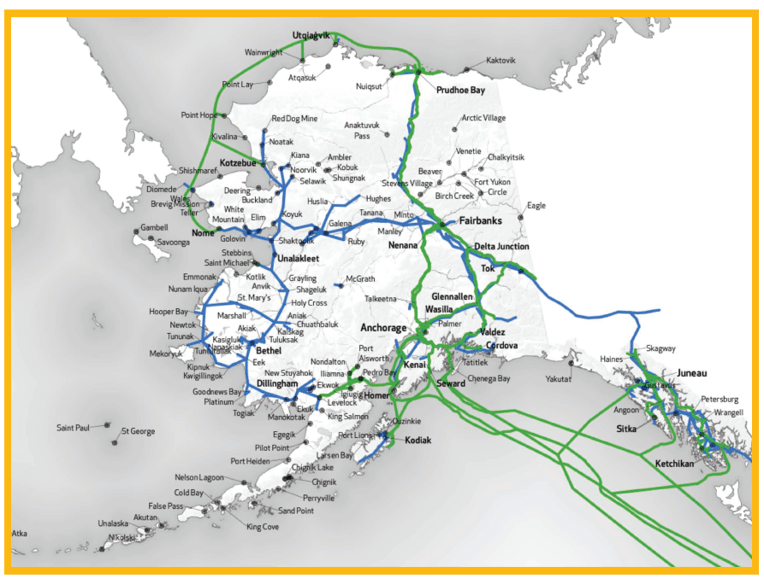 Benefits of the ATN design for your community

Benefits include Tribal revenue, better equipment pricing, and more for your community. 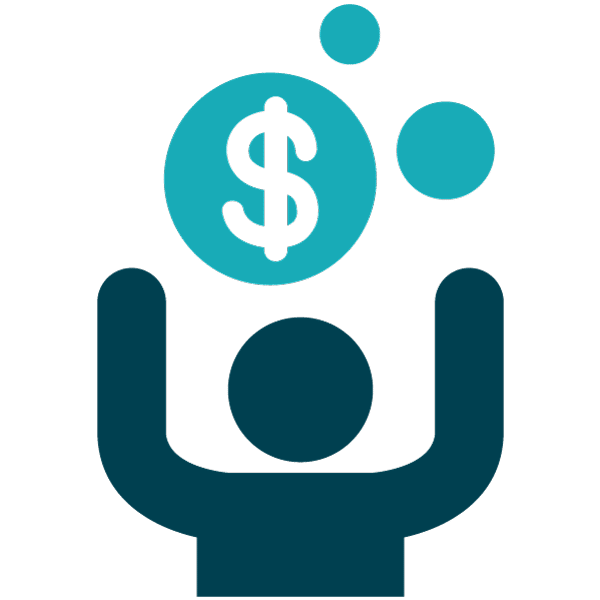 Benefits of being a member of ATS

The good news for Alaska is that the federal government announced their Infrastructure Investment and Jobs Act (IIJA) in 2021 that set aside $65B in funding directed to bring Broadband For All. There have been many rounds of funding as of November 2022, and more are planned. So far, awards under the Tribal Broadband Connectivity Program (TBCP) have all been made for fiber expansion for the middle mile combined with fiber to the home connections to the buildings in the communities. In the next 5 years or so, the fiber map for Alaska will change significantly. This is a good thing. This funding will be used to extend existing fiber outward. There is no doubt that this is an expensive process, and the government is willing to invest hundreds of thousands of dollars per connection. The concern is that this will take years, and a large number of communities in rural Alaska will continue to be unserved. In the meantime, what can be done while awaiting a fiber connection to give unserved rural Alaskans the ability to have broadband in their homes and businesses right now? Why should they continue to suffer with nothing? 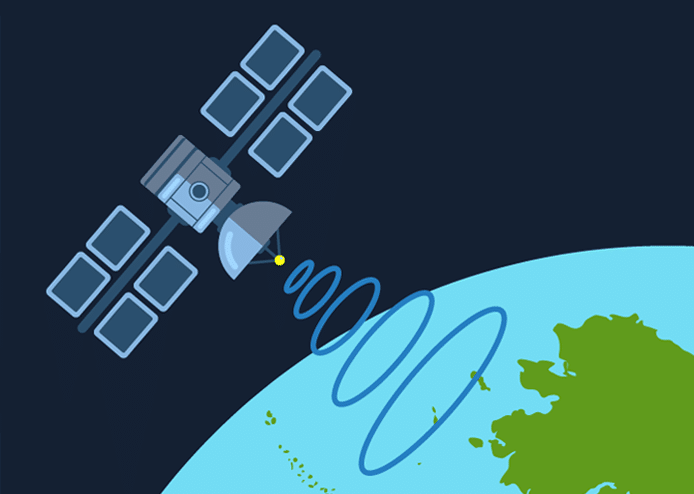 In Alaska, there is a middle mile problem because there is no broadband-capable middle mile to most rural communities. There is no fiber connection because wiring all of Alaska with a fiber middle mile is an overwhelming and expensive task, due to the challenging environment. Currently, rural Alaska uses old-style satellites for a middle mile—which is slow and expensive. In most cases, schools and clinics have decent internet because their access is highly subsidized, but consumers must pay hundreds of dollars per month for slow, unreliable connections.

The answer is to bring fiber if possible, but that is expensive, and may not arrive for generations. While these communities wait for fiber, what can be done to supply a middle mile that can deliver broadband now?

Fortunately, there have been major advances in satellite technology, and new satellites can provide fiber-like speed and capacity to create a broadband middle mile solution. Satellites, like cars, have come a long way over the years. Today’s satellite choices are like comparing an Edsel to a Tesla. Both are cars, but one is much more modern in capability. Rural Alaska is currently using old satellite technology that is very limiting and expensive. New satellites can do so much more. There are two types: Geostationary High Throughput satellites (GEO – HTS), and Low Earth Orbit satellites (LEO) from OneWeb and Starlink. This satellite middle mile is very satisfying using any of these for consumer applications. Combining HTS GEO with new LEO technology could provide affordable broadband to every underserved (Tribal) community last mile wireless network in Alaska in the very near future.

Hopefully, every community someday will be connected with large capacity fiber, but in the near future, new satellite capabilities over Alaska are available to bring relief now. Either one can be very good. It’s just a matter of timing and money.

Finally, When the information gets to your community, the middle mile passes it to the “last mile”. This is your local in-town network. This can be wires connected directly to your house or business, or it can be a wireless network that can follow your computer or phone wherever it is.

A wired last mile can be fiber to the home or over existing copper/phone lines. A fiber to the home connection does offer the highest possible data for your home or business if needed, but it does not give you the ability to leave your home and take the broadband data with you.

A wireless last mile can serve the entire community and offers true mobility. You can have high-quality cell phone service and data can follow you on the go. E911 is possible for added public safety.

A Tribally governed solution to provide “Broadband For All” in Alaska now and forever.

The ATS mission is to leverage Tribal 2.5 GHz spectrum to bring affordable broadband to unserved communities. As per that mission, ATS applies for government funding on behalf of its members to construct the “Alaska Tribal Network” (ATN) in each community.

ATS has applied for significant grant funding under the IIJA program on behalf of its Tribal members to construct the Alaska Tribal Network last mile. If funded, the ATN will allow Internet Service Providers to create service packages for the residents depending on the middle mile that is connected to the ATN. For now that is satellite, and hopefully fiber in the future. 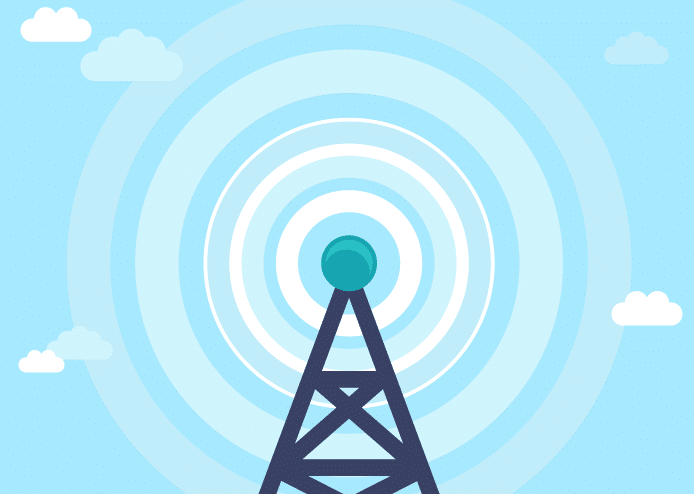 98% of Alaska is covered by all licensees – ATS manages licenses for over 100 Tribes working together. 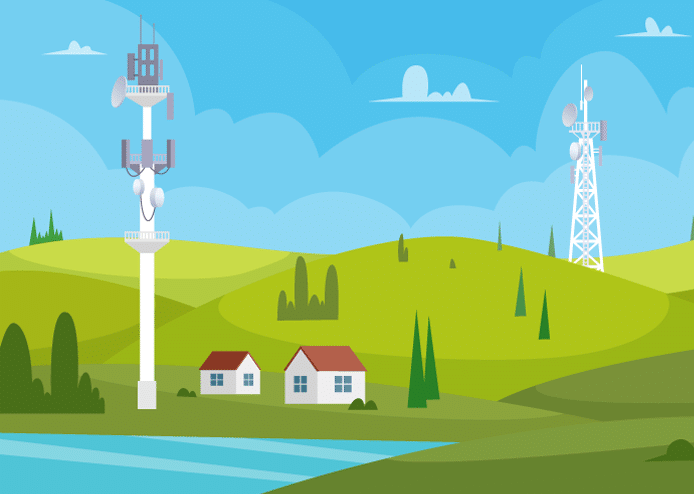 In areas without access to fiber, use satellite (available NOW.) Connect the ATN to fiber if/when available.

ATS also believes the future is mobility. When broadband arrives, the “last mile” should allow the service to follow you wherever you go in your community. It should provide quality data service and cell phone service wherever you are, not just to a specific building.

There are many benefits to implementing an ATN wireless model, including: 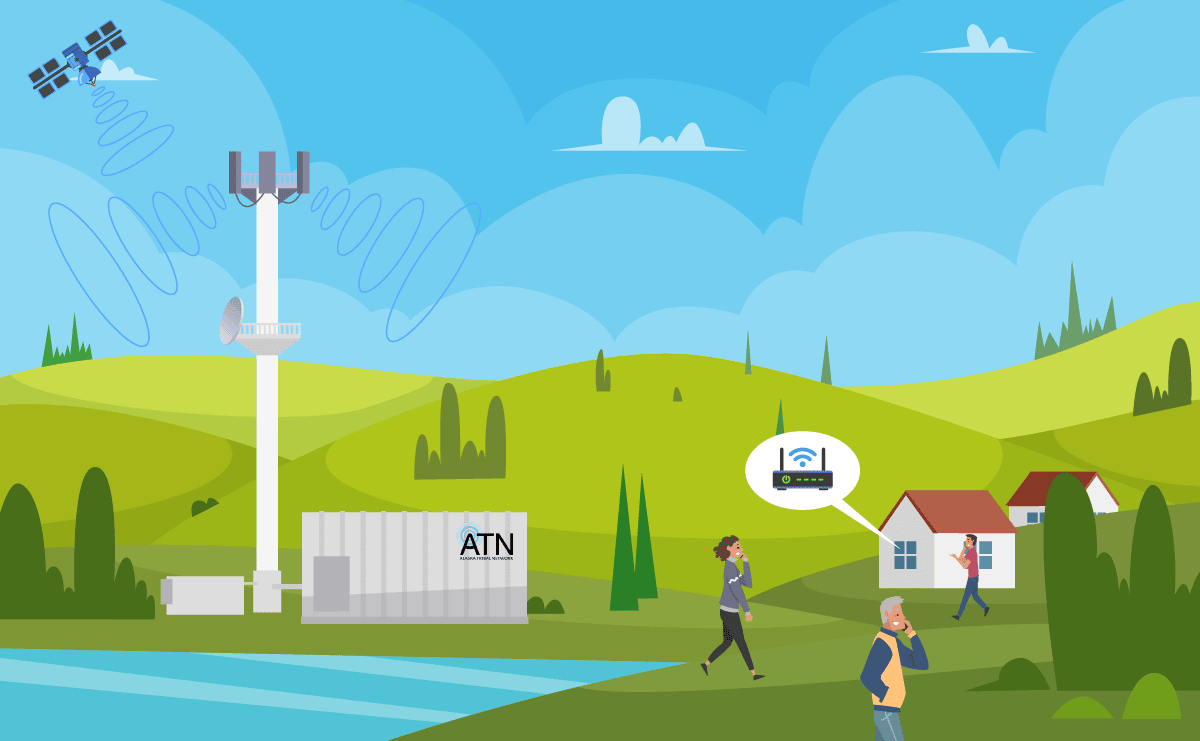 Learn more about the ATN